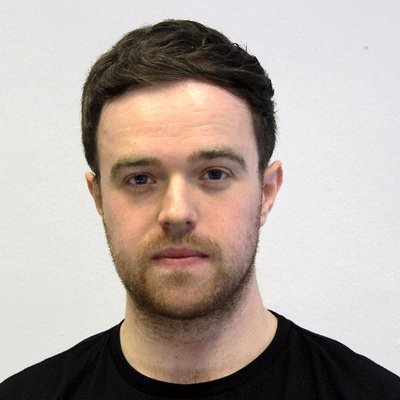 Choosing the right thing to work on next is a very important aspect of working productively. However, most people leave it up to chance by either deciding what to do work on next by whatever is at the top of their task list at the time, or by having a quick scan of their tasks and settling on the first thing that jumps out at them.

If this is how you are choosing the next task you’re going to tackle, you aren’t making the best use of your time.

In this article we’re going to look at the importance of matching your tasks to your current mental state and energy levels, the pitfalls of not doing so, and how you can choose the most effective tasks for how you are currently feeling.

The importance of matching your tasks to your energy levels

A common sign of a mismatched task is when you’ve decided what to work on next but you just can’t manage to get the work done. This situation often leads to a lot of procrastination, watching YouTube, or refreshing Twitter looking for a quick hit of dopamine.

Or perhaps you’ve got a lot of energy to get stuff done but by the end of the day you look back and you don’t feel like you have really made progress on your goals.

Maximising your productivity is not about getting the most things done, or putting yourself through the pain of completing a task just because it’s next on the list. It’s about choosing the right things to work on at any given moment so you can make best use of the opportunity.

Let’s take a look at some common examples of situations where you might end up choosing the wrong type of task to work on next.

When you’re feeling tired, particularly at the end of a long day, your energy levels are low and you’re probably suffering from decision fatigue and depleted willpower.

Sometimes the best thing to do in this situation is to just finish for the day, or take a break and do something that will be restorative to your energy levels, but we don’t always have that luxury.

In this situation you need to pick tasks that are low in effort, and don’t require a lot of energy. It’s also important to pick tasks that have a known outcome, you don’t want to waste your vital energy reserves on a task that you realise is actually a much bigger and more difficult task to complete. You probably also want tasks that will give you quick wins and a feeling of accomplishment as a reward or encouragement for doing something productive instead of wasting time or procrastinating.

You should avoid attempting to tackle big creative projects that require a long period of deep concentration, or tasks that have a longer ramp up to actually getting the work done. If you attempt to do tasks like this when you’re feeling tired you will often find you can’t get over the relatively small initial hurdle because the friction of getting going is just too much.

Tasks that are good choices are usually really simple that you probably don’t need to think about or concentrate very deeply. This is also a good opportunity to batch similar tasks together and complete them all in one go. For example, it might be routine tasks that you need to complete on a weekly or monthly basis, such as sending invoices, submitting expenses, or paying credit card bills.

When you’re feeling stressed, you are probably feeling overwhelmed because you’ve got too much going on, too many things to remember, or too many people wanting your attention.

The problem is compounded when you have looming deadlines with real consequences of not meeting those expectations. It’s very easy to slip into a downward spiral of analysis paralysis, which only contributes to making you feel more stressed.

In order to handle this situation, you need to tackle the urgent stuff that can be done quickly first. Either completing the tasks yourself, or preferably delegating the tasks that don’t require your direct input. This will give you room to breathe.

This is also an opportunity to get clarification on tasks that are vague, or breakdown tasks that feel overwhelming because there’s a sense of the unknown. A lack of clear actionable steps will contribute to your feelings of stress. However, once you gain that clarity, you will see the clear path forward to making progress.

If you’re feeling ambitious and energised

When you’re feeling ambitious and full of energy, it’s a good opportunity to work on tasks that contribute to your longer term goals. These types of tasks often don’t provide you with immediate gratification, but they will move you closer to achieving the objectives that are most important to you.

Tasks that are creative, or require long periods of uninterrupted deep concentration are a good choice when you’re feeling ambitious and energised. With these types of tasks it often takes a while to ramp up to being productive, but once you reach this flow state you can get lost in the moment as the hours just seem to fly past.

It’s also a good opportunity for collaboration. Feeding off the energy of others is a great way to achieve something that is bigger than yourself. If both of you are feeling ambitious and energised, that energy will compound and you will likely come up with ideas and produce work that is far better than what you would have achieved on your own.

Finally, if you are feeling energised, it can be a good opportunity to tackle lots of smaller tasks too. However, it’s very important that you choose the right types of tasks. You should be wary of not wasting the opportunity by completing routine tasks that could be tackled under less optimum conditions.

The problem with choosing the right thing to work on

As you can see, choosing the right thing to do next based upon your current mental state and energy levels is very important and can make the difference between a very productive session or one where you procrastinate on YouTube for the entire duration.

However, attempting to make the decision of what to do work on next ironically goes against the advice I’ve just given you.

If you’re feeling tired, you probably don’t have the energy to concentrate on evaluating every possible task on your task list against each other to find the right tasks to work on next.

If you’re feeling stressed, the last thing you need is yet another task of deciding what you’re going to do before you get started on the existing overwhelming list of tasks.

And if you’re feeling ambitious or creative, you’re wasting that energy by spending time trying to decide what to do instead of just getting on with those important tasks.

Prise is a smart task management application that allows you to filter your tasks by how you currently feel. This is only possible because Prise intuitively understands the things you need to do.

For example, Prise is able to distinguish between tasks such as “pay credit card bill”, and “design new marketing website”.

Paying a credit card bill is a routine task that requires very little energy. It’s quick to complete, and is probably something that could be batched together with other similar tasks. Designing a new marketing website on the other hand is a very creative task that requires a long period of concentration and effort, and would require a significant amount of energy to complete.

Prise is able to automatically distinguish these characteristics to pick the right task to complete next in any given moment no matter what the situation is.

So when you’re feeling tired, or stressed, or creative, or ambitious, you can ask Prise to automatically show you the most appropriate tasks to tackle next.

Prise brings calm to your productivity by reducing your overwhelming task list to the things you need to get done right now.